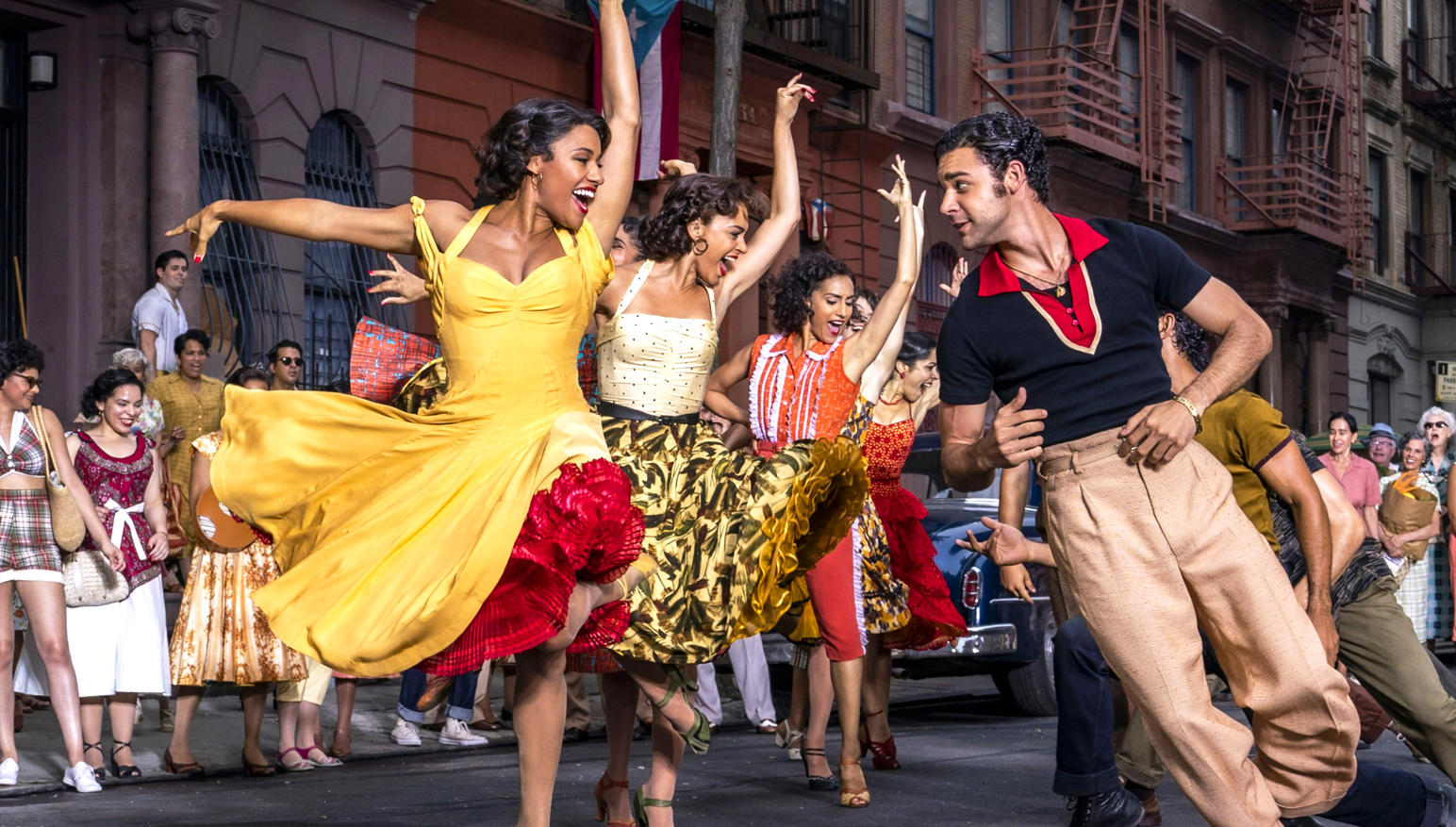 WEST SIDE STORY 12a

How do you improve on a classic? Well, that’s the challenge Steven Spielberg set himself when he decided to remake the 1961 film of Bernstein and Sondheim’s West Side Story. Rather than completely reinvent the original, this 2021 version instead offers a respectful homage, keeping many of the original elements but offering some tweaks and updates. Certainly, the depiction of 1950s New York is stunning and the swooping cinematography captures the city beautifully.

The story, if you needed a reminder, is a retelling of Romeo and Juliet, but we get the Puerto Rican Sharks and white Jets instead of Capulets and Montagues, and the racial tensions are perhaps more prominent in this new version. The singing is, as you would expect, superb, and the two leads, Ansel Elgort as Tony and Rachel Zegler as Maria offer winning and beguiling performances as the story moves inexorably towards its tragic conclusion.

Peter Bradshaw gave it a five star review in the Guardian: “Steven Spielberg’s West Side Story 2.0 is an ecstatic act of ancestor-worship: a vividly dreamed, cunningly modified and visually staggering revival. No one but Spielberg could have brought it off, creating a movie in which Leonard Bernstein’s score and Stephen Sondheim’s lyrics blaze out with fierce new clarity.”