Thanks to all who came to another sell out showing last weekend, for the 2017 ‘Film Stars Don’t Die in Liverpool’, starring Annette Bening and Jamie Bell.  It told the story of Gloria Grahame the American film star from the 1940s and 50s – and more specifically her later relationship with a younger man. 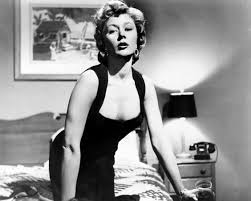 For those of you who want to find out more about her, I suggest you have a look at ‘In a Lonely Place’, a cracking film in which she starred alongside Bogart, or ‘The Big Heat’, a dark thriller directed by Fritz Lang.

And the winner of our audience choice is...