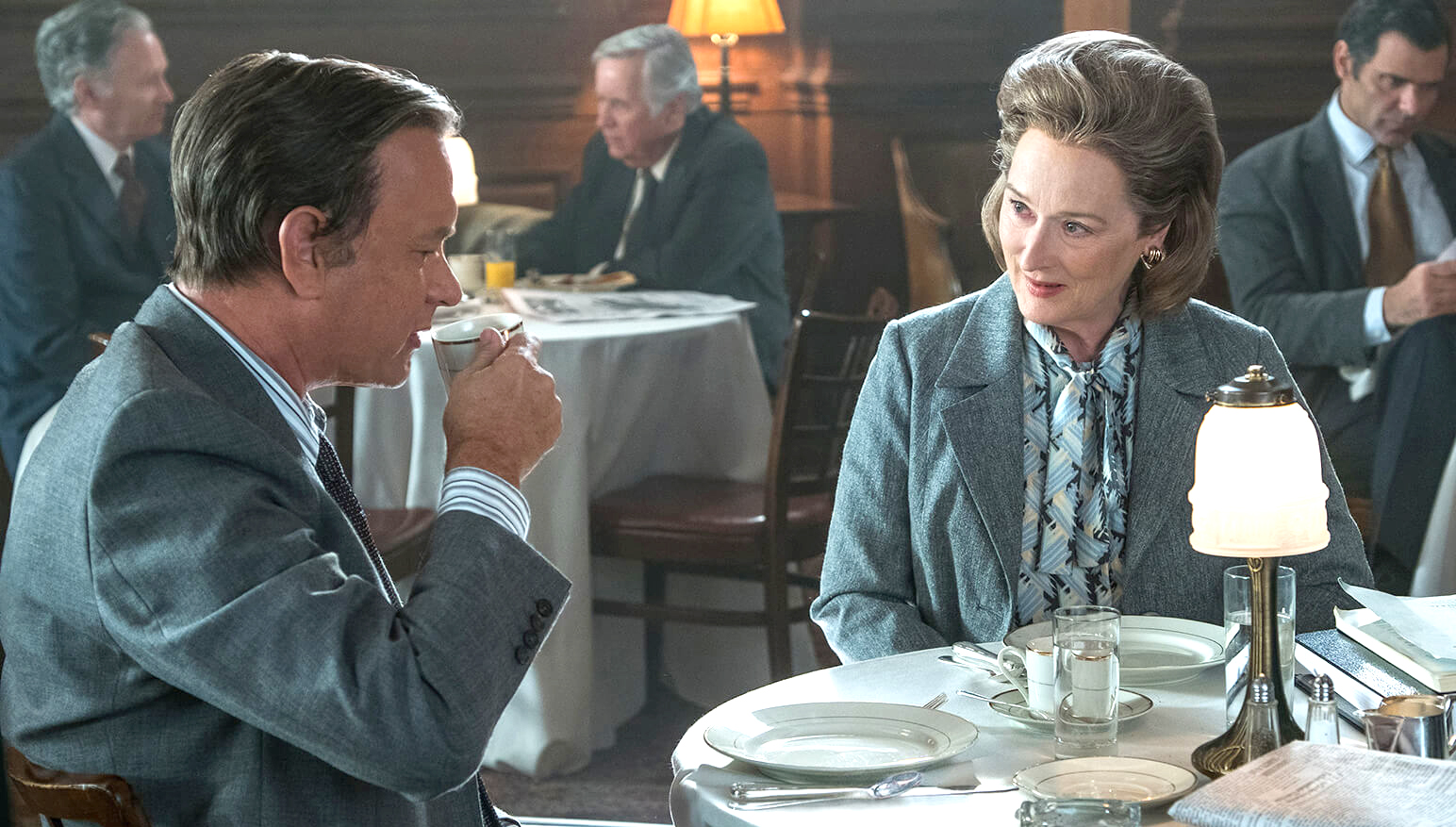 What happens when you get Meryl Streep and Tom Hanks together in a film for the first time, and Steven Spielberg directs? One of the hits of 2017 and some of the best reviews of the year. The Post tells the story of the cover up and exposure of ‘the Pentagon Papers’, which concerned the real situation in the Vietnam war. Streep plays the owner of the Washington Post, Kay Graham, while Hanks is the paper’s editor Ben Bradlee.

The film is very much in the spirit of All the President’s Men or the more recent Spotlight – showing the dilemmas faced by the media in the pre-digital age and whether to publish an incendiary story despite intimidation and resistance. The printing process itself is lovingly filmed, evoking a very different media era.

Spielberg apparently decided to make the film in response to the current assault on the free press in the USA, and from inception to release The Post took about 9 months – which is an incredible achievement and demonstrates Spielberg’s determination to tell this story. It is witty, slick and fantastically acted. John Williams, as ever, provides the score.