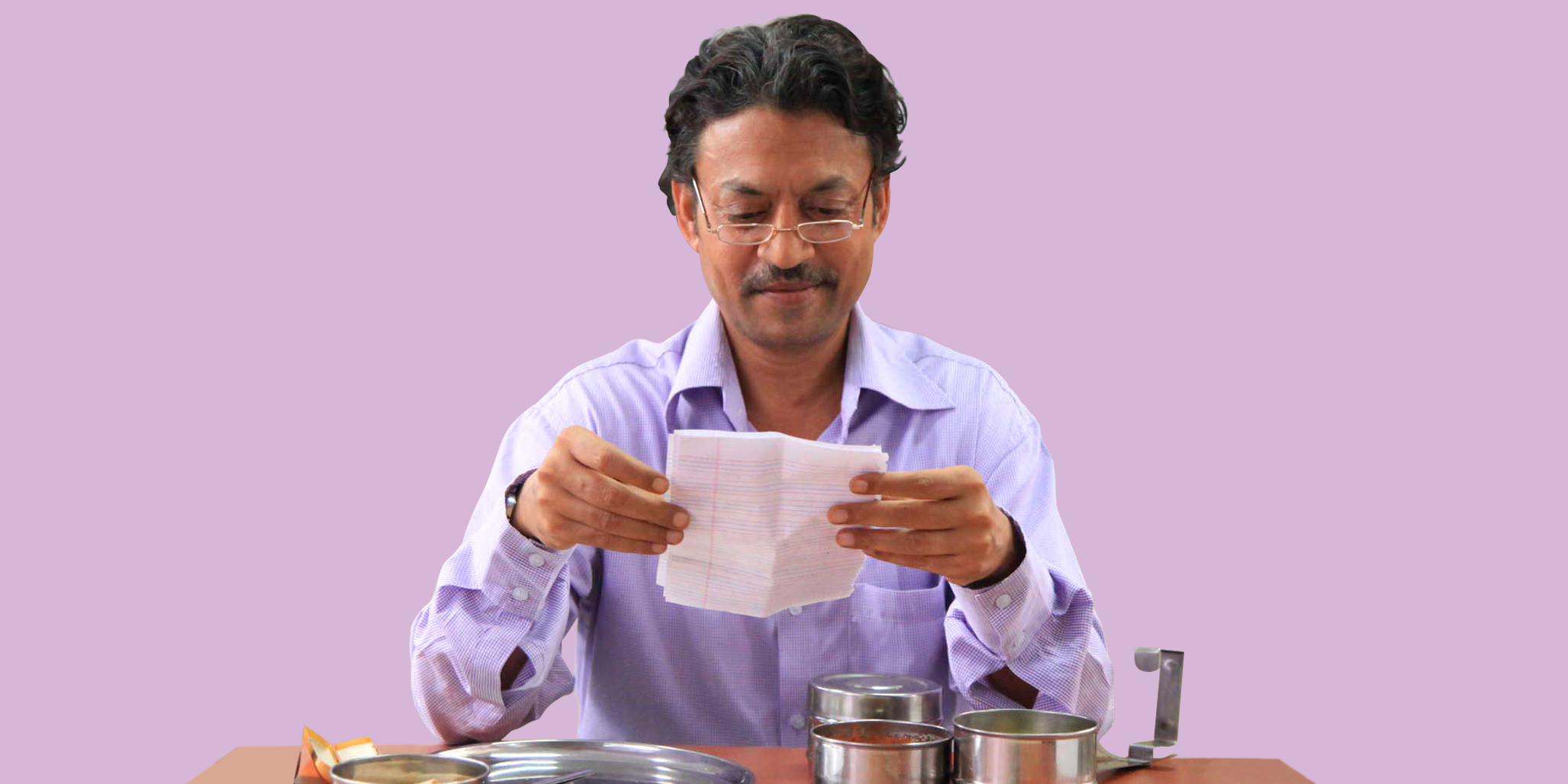 Considering that the Indian film industry is one of the largest and oldest in the world it’s shocking that we are provided with such little access to Indian cinematic fare (other than occasional and short lived Bollywood cinema releases). It can become quite easy to conflate Indian cinema with the extravagance of Bollywood, but The Lunchbox is a perfect example of a quieter, more delicate, piece of Indian Realism.

The storyline itself is charmingly simple. Saajan (Irrfan Khan), a widower on the brink of retirement, receives a lunchbox containing a note intended for someone else. He responds to the note and begins a series of ongoing messages with Ila (Nimrat Kaur), the woman whose husband the original lunchbox was intended for. Whilst the back and forth between the pair and the improbability of their meeting recalls countless Hollywood romances (think ‘You’ve Got Mail’ but with lunchboxes and a little less syrupy sentimentality) their chance encounter remains one that could only ever happen in Mumbai. For those unaware, Mumbai’s 120 year old lunchbox system ensures that over 200,000 lunches are delivered to office workers daily, with the accuracy and efficiency of the delivery system being of such high standards that the error rate stands at one in eight million. Suffice to say the chances of Ila’s lunchbox being delivered to the wrong man are fairly slim. The unlikely interaction between these two strangers alongside the film’s vivid sense of place make The Lunchbox a paean to the powers of genuine human connection and to Mumbai itself.

The Lunchbox is director Ritesh Batra’s debut feature film and achieved that all elusive crossover success, winning over audiences and critics alike in India and the US. (Although not everyone was won over; in an interview with The Guardian Batra recalled that “My parents were worried for me when I showed it to them. My mum couldn’t understand why I hadn’t included any songs.”)