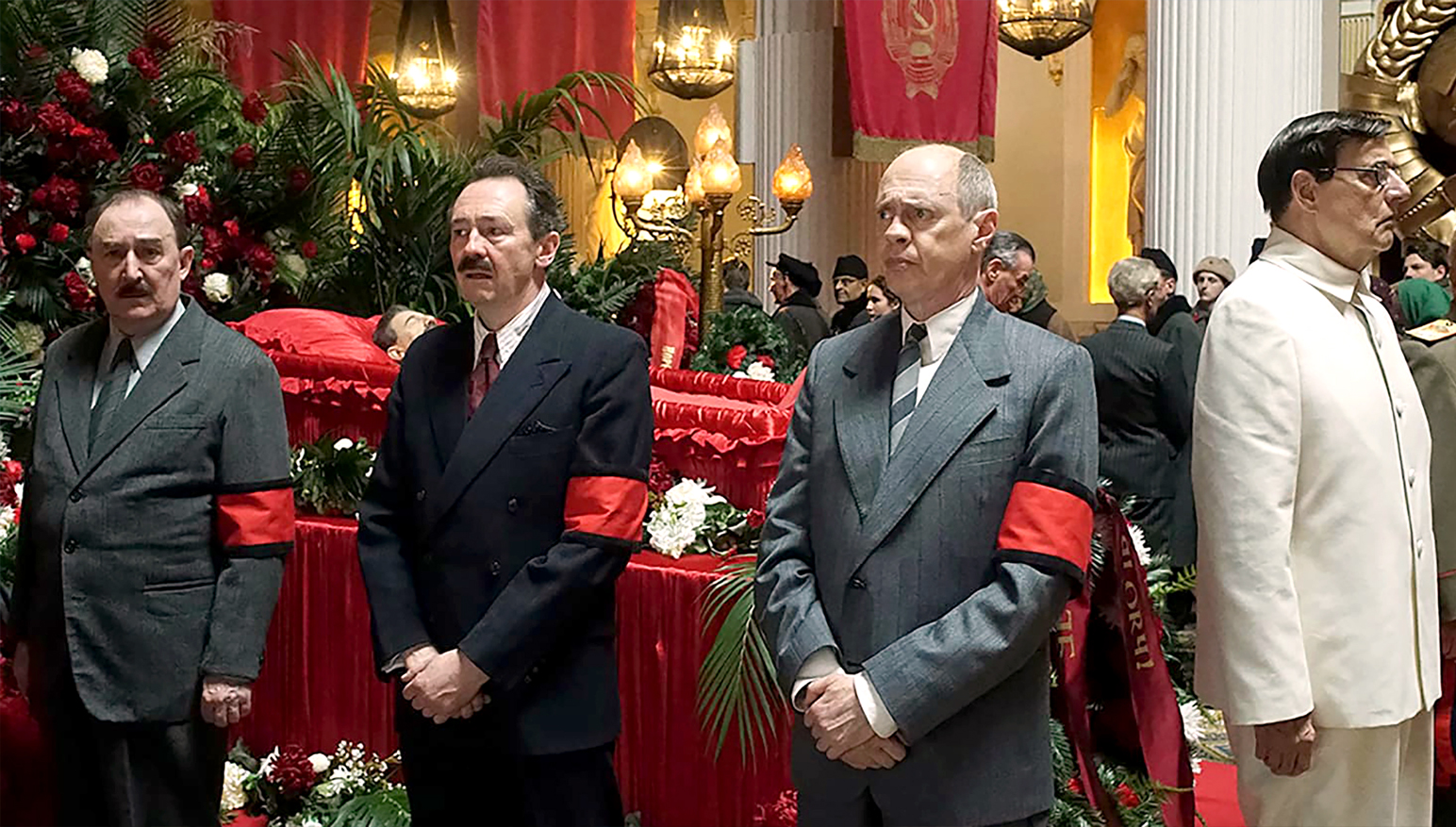 THE DEATH OF STALIN 15

For lovers of political satire and farce, we bring you Death of Stalin, the very black comedy that was a big box office hit in 2017. The film follows the machinations and manoeuvring following the death of the Soviet dictator in 1953, when a host of rather dubious characters try to work out which way the wind is blowing and who to back (or whether to aim for the top job themselves).

Written and directed by Armando Iannucci (who wrote the superb UK political comedy The Thick of It, as well as VEEP), Death of Stalin has an all star cast, including Andrea Riseborough, Jason Issacs, Jeffrey Tambor, Michael Palin, Steve Buscemi and Paddy Considine. It is funny, fast, with a great script and of course a very sharp view of the paranoia and brutality in the Soviet Union at the time.

Empire magazine gave Death of Stalin a five star review: “…the master satirist’s new film tackles not only a slice of real-life Russian history, but a ruthless dictator whose government was responsible for famine, labour camps and mass executions. Incredibly, the results are absolutely hilarious. It’s full of absurdity, the kind of situations that only occur when too few people have too much power. But where The Death Of Stalin really hits home is in the moments when it drops the comedy and reveals what’s really at stake.”

(Please note, this is an Armando Iannucci comedy, so it does contain very strong language!)