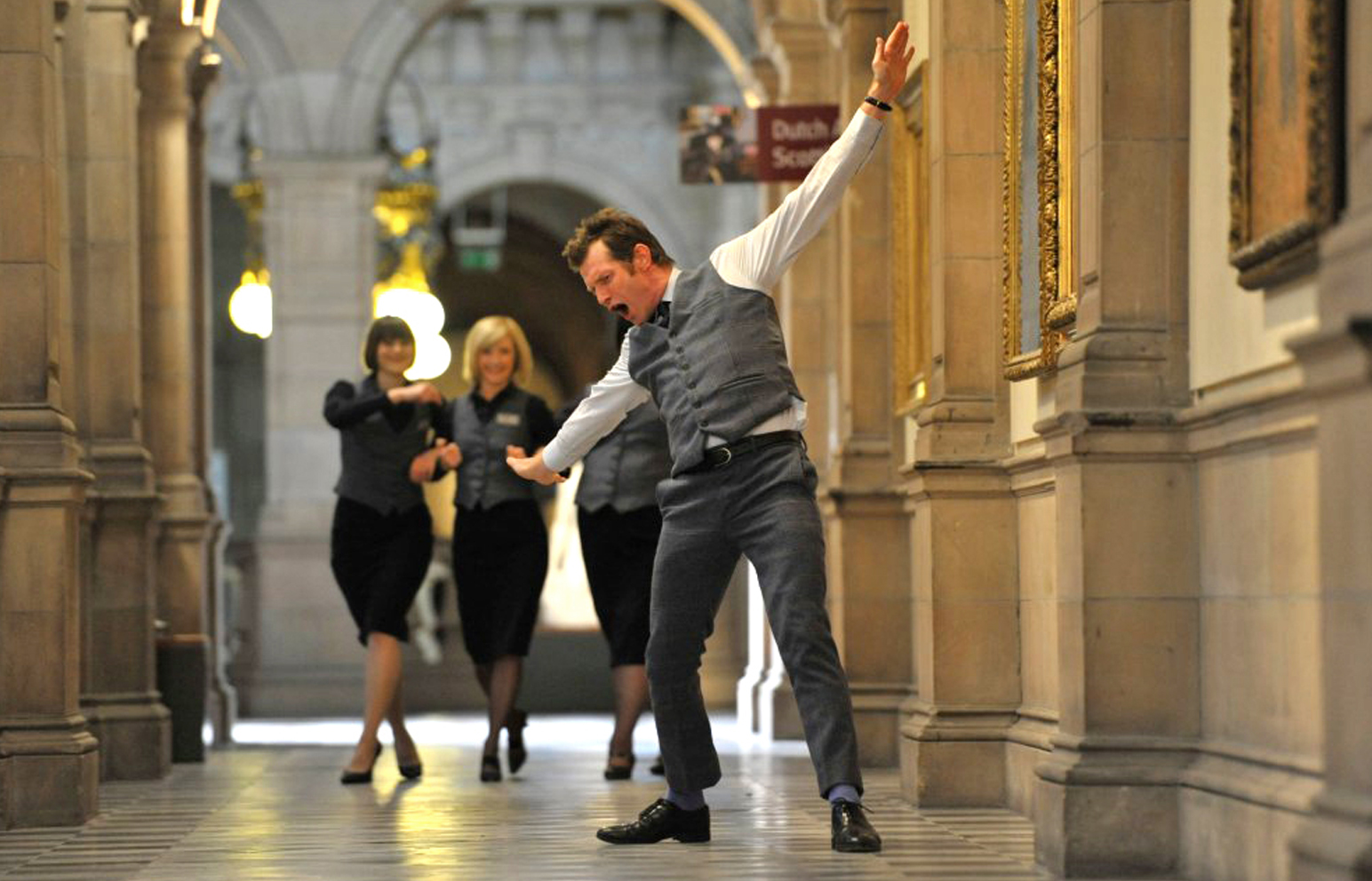 It may be midwinter, but we are going to light up the Parochial Hall this December with the winner of our ‘audience choice’. Sunshine on Leith is a fabulous musical made in 2013 and set in Edinburgh. It tells the story of two soldiers returning to civilian life, and their re-entry into the complexities of families and relationships. It is romantic, funny, poignant, and ultimately hugely uplifting.

Built around 13 songs by The Proclaimers (including ‘500 Miles’ of course), it also features a great cast including Jane Horrocks, George MacKay and Peter Mullan. Sunshine on Leith was directed by Dexter Fletcher, who many of you will know as an actor, but he is gaining a great reputation behind the camera – in fact he directed Eddie the Eagle, which is a previous Oakwood Cinema screening.

Robbie Collin in the Telegraph gave it a four star review, saying: “…it leaves you with cask-strength, capillary-reddening tingles of happiness that run to the very tip of your nose”