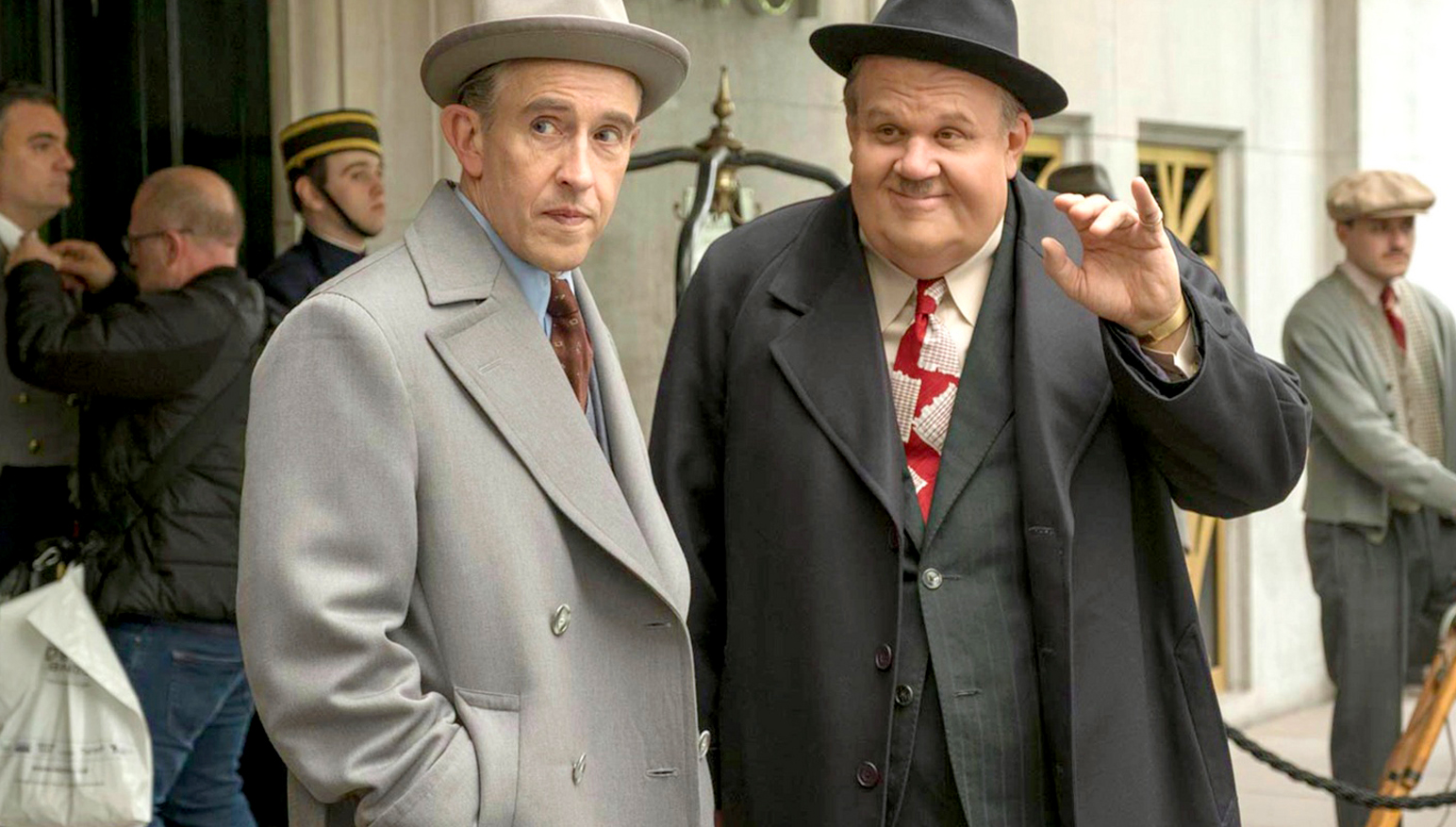 Released in early 2019, Stan and Ollie is the bitter-sweet retelling of how the famous comedy duo toured the UK in the 1950s, well after their Hollywood heydays. Down on their luck, and in need of a bit of money, they are forced to perform some of their best known sketches on stage to underwhelmed audiences.

With Steve Coogan and John C Reilly playing the lead roles, Stan and Ollie is more than a wallow in nostalgia. Instead, it looks at their faltering relationship and the price of fame with a rare subtlety and sensitivity. Coogan and Reilly are both absolutely superb, and there is also great support from Shirley Henderson and Nina Ariande as their wives (“Two double acts for the price of one” as their publicist comments).

Mark Kermode wrote this in his Observer review: “Like the comedy greats to whom this winningly warm film pays tribute, Jon S Baird’s affectionate drama balances humour and pathos, laughter and tears. Amid the prevailing ugliness of the contemporary mood, what a lovely, generous tonic this delightful movie proves to be.”