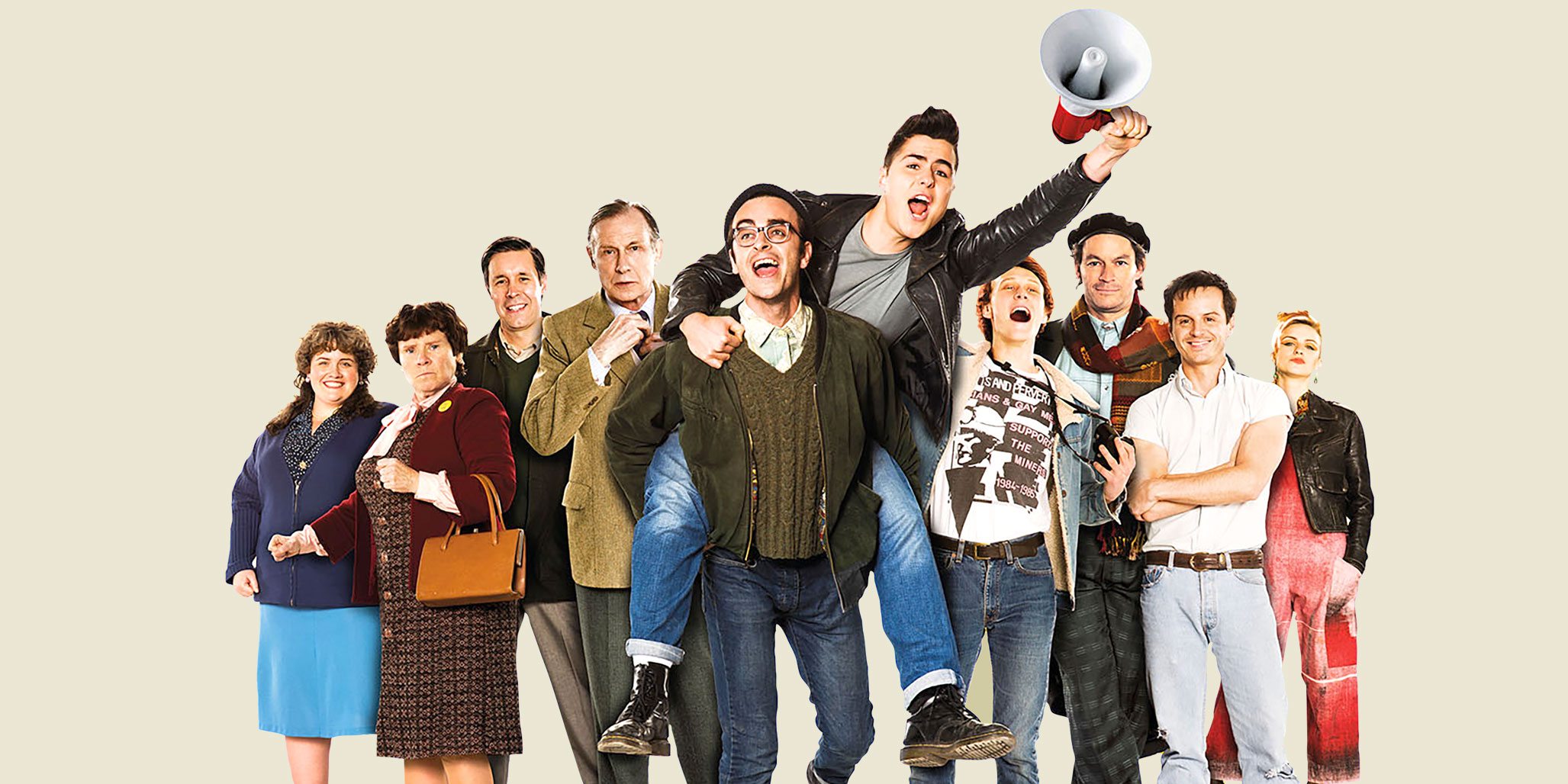 Set in 1984, Pride tells the true story of LGSM (Lesbians and Gays Support the Miners), a gay activist group who set out to raise money in support of striking miners after recognising parallels in the oppressive political and tabloid treatment of both groups. With an all star British cast, Pride fully deserved its critical acclaim and box office success.

Social upheaval and political tension have long proved to be the backdrop for some of Britain’s best loved comedies. Much like Brassed Off, The Full Monty and Billy Elliot, Pride celebrates the liberating power of community spirit and unlikely alliances in times of fractured industrial bases.

LGSM’s arrival in the small Welsh village of Onllwyn is met with a reluctance and hostility that eventually gives way to acceptance and friendship, with the two communities forming a triumphant partnership. Stephen Beresford's script delicately handles the fraught anxieties surrounding both groups during the eighties, treating them with sincerity and care in order to tell a story that, whilst grounded in a serious subject matter, is warm, hilarious and irresistibly joyful. Less concerned with re-telling a history of discrimination, Pride is instead a celebration of solidarity. It’s no surprise that a film which wears its heart on its sleeve in such a charming and boisterous way is the product of a writer and director (Matthew Warchus) both with extensive theatrical backgrounds.

With a quintessential eighties soundtrack that knowingly nods to the film's core issues (‘There Is Power In A Union’, ‘Two Tribes’ etc), a flawless ensemble cast (you can’t really go wrong when Bill Nighy, Imelda Staunton, Andrew Scott and Dominic West are involved) and some of the funniest lines from a British comedy in years (‘‘Dai, your gays have arrived!’’) Pride more than deserved the critical acclaim and box office success it received.

Robbie Collins in The Telegraph suggests that when viewed in the light of a contemporary Britain where simmering resentment and frayed trust still exists Pride’s hope ‘doesn’t just feel worthwhile, but essential’.