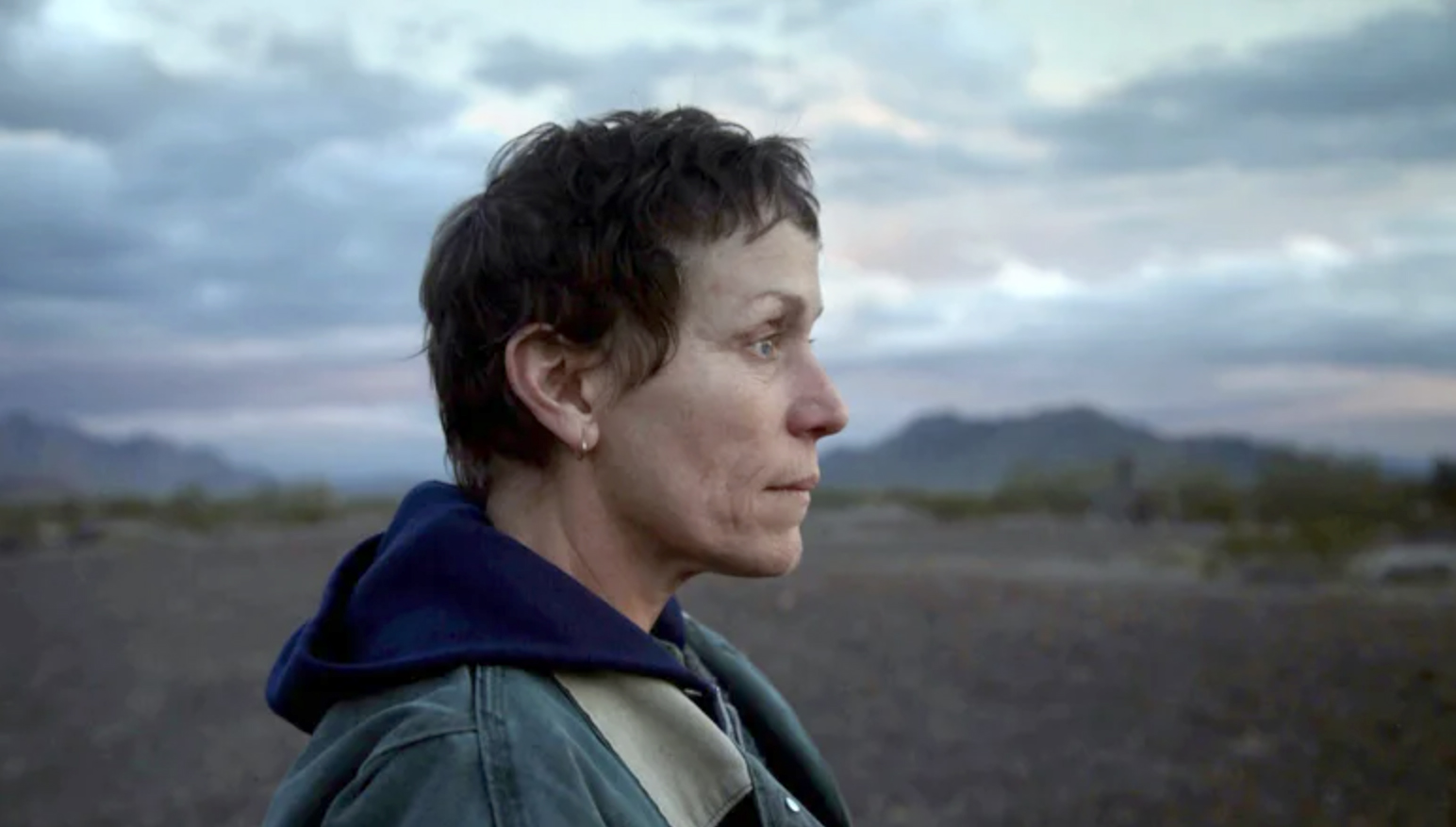 Nomadland is a remarkable, thoughtful film, charting the itinerant tribes formed in modern America by the economically dispossessed - roaming the country in camper vans and trailers. It focuses on Fern - brilliantly played by Frances McDormand - who is looking for a place to be and finding work as she moves around. This could be a depressing subject matter, but the director Chloé Zhao and McDormand somehow manage to offer us a moving tale of belonging, community and self-determination - despite the challenges faced.

Nomadland is one of the stand out films of 2021 so far, and won three Oscars earlier in the year, for Best Film, Best Director and Leading Actress Peter Bradshaw gave it a rare five star review in the Guardian: “Chloé Zhao’s Nomadland is an utterly inspired docu-fictional hybrid, like her previous feature The Rider. It is a gentle, compassionate, questioning film about the American soul. There is real greatness in Chloé Zhao’s film-making.”