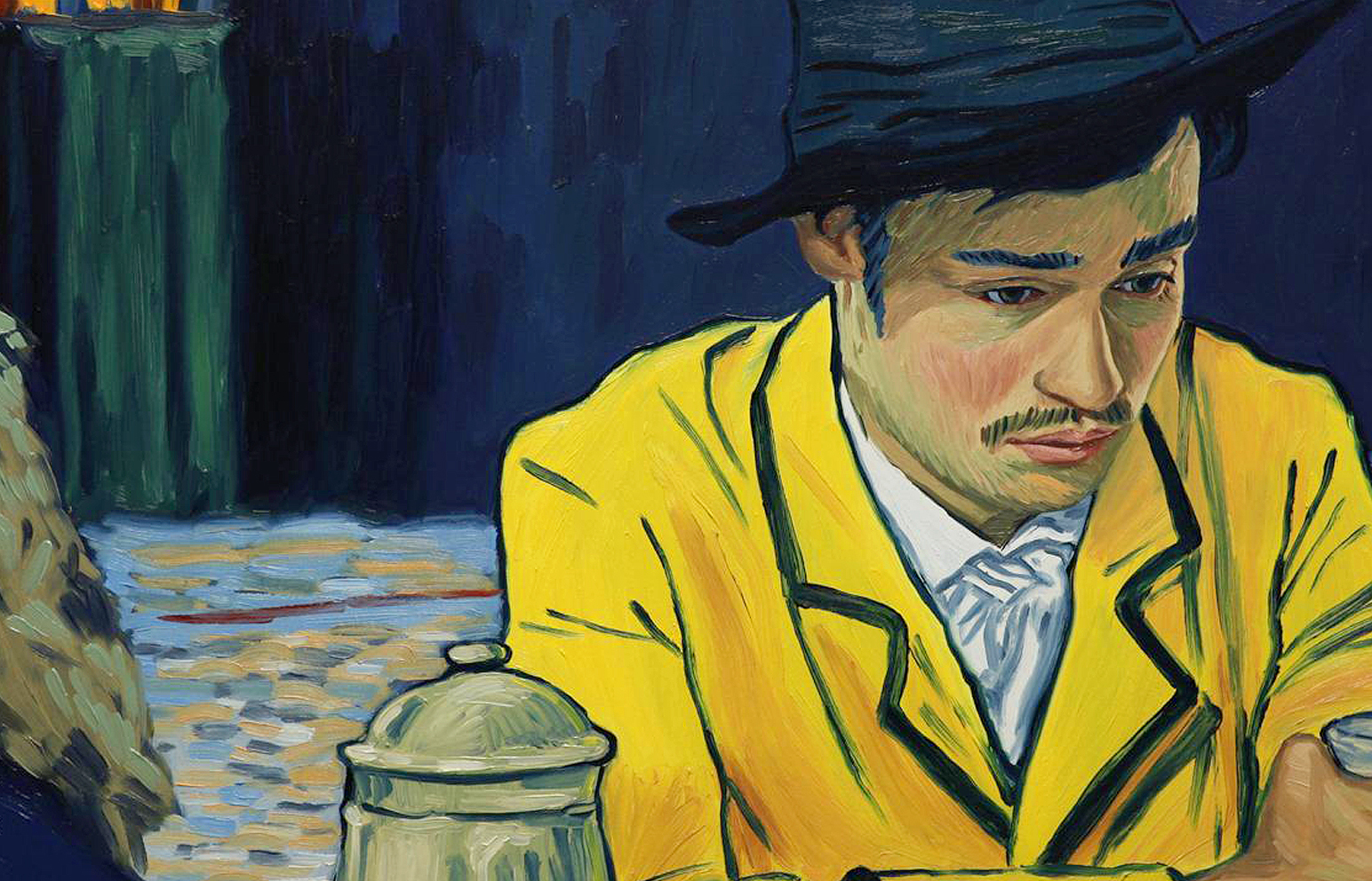 This is an interesting and unusual film (released in 2017) about the life of Vincent van Gogh, but it is astonishingly animated so that every frame sparkles and glows as a van Gogh painting does. Loving Vincent is set a year after the artist’s death, and tells the story of a family friend Armand Roulin who is trying to get to the bottom of the mysteries surrounding van Gogh’s final months and his untimely death.

It was directed by British animator Hugh Welchman and his wife Dorota Kobiela, a Polish-born artist. They started off with live action sequences using real actors, but then worked with 125 artists to paint the film’s 65,000 individual frames. It is a remarkable effort and one that creates a hallucinogenic and dreamlike effect.

Tim Roby in the Daily Telegraph wrote: “The visual effect is overwhelming, a luxurious immersion in the palette and environment of a celebrated artist.”