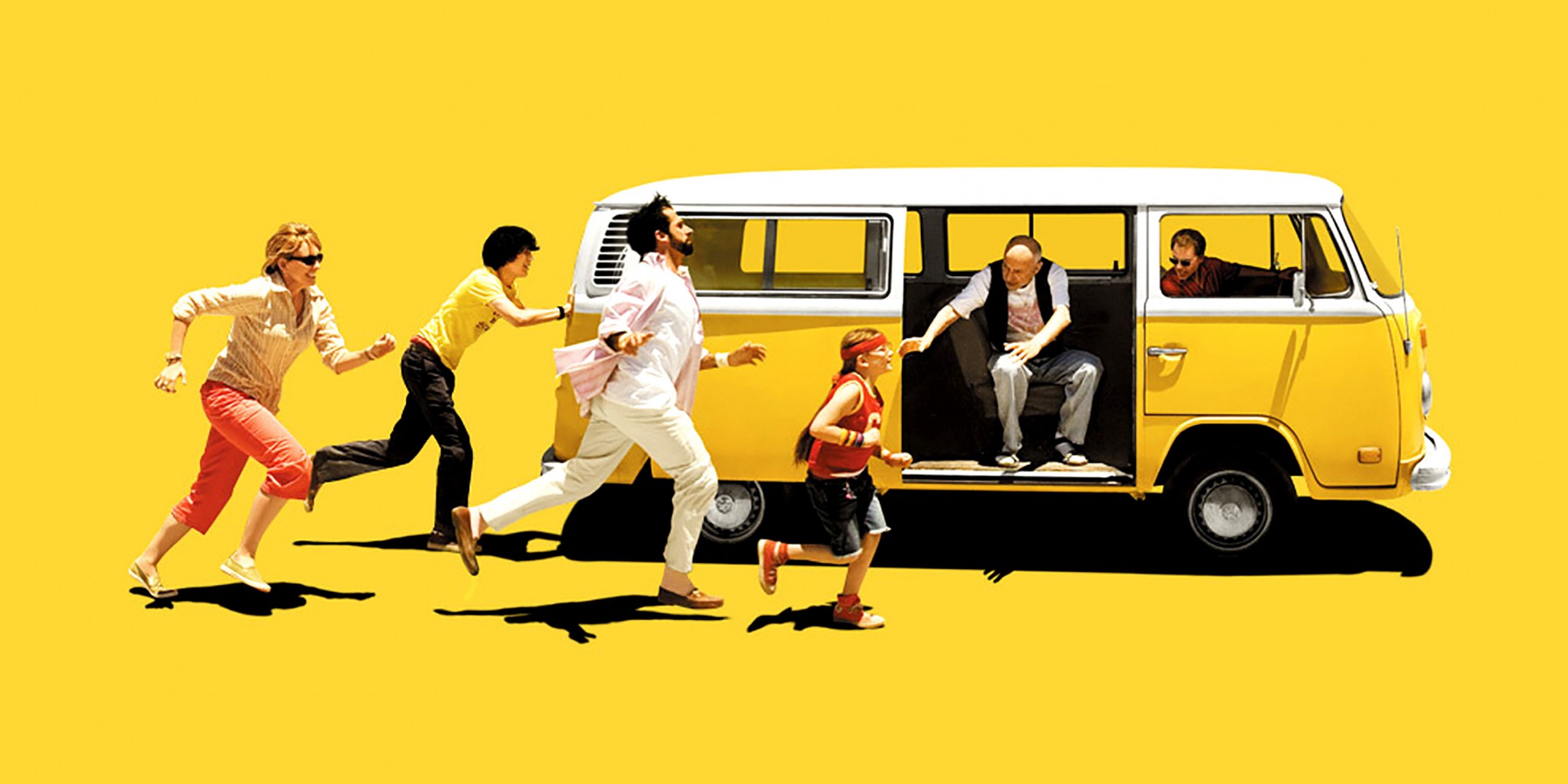 Little Miss Sunshine is a moving, funny and quirky take on the family road trip movie, and it was a surprise indie hit in 2006. It features a number of great performances from what now seems a pretty high powered cast – but at the time the key actors were less well known.

For example, Steve Carell, who confounds expectations with a rather downbeat and subtle performance, was about to hit the big time with the American version of The Office and The 40 Year Old Virgin. Toni Collette and Paul Dano (now in the BBC's War and Peace) are as excellent as ever, and Alan Arkin almost steals the show as a comically degenerate Grandad (for which he won a best supporting Oscar). Abigale Breslin, who plays the young daughter who wants to enter a beauty pageant (the titular Little Miss Sunshine) has also gone on to great things. Also look out for Breaking Bad’s Bryan Cranston in a minor supporting role.

Unusually, the film was directed by husband and wife team Jonathan Dayton and Valerie Faris who originally made their name making rock and pop videos for the likes of Red Hot Chilli Peppers, REM and Janet Jackson. They are not exactly prolific feature film directors – the only other film to their name is Ruby Sparks (2012). Little Miss Sunshine shifts effortlessly between comedy and drama, thanks to an excellent original script by Michael Arndt. He won an Oscar for his efforts, and it has certainly helped propel his hugely successful scriptwriting career, which includes Toy Story 3, Brave, and a low budget sci-fi film you may not have heard of called Star Wars, The Force Awakens.