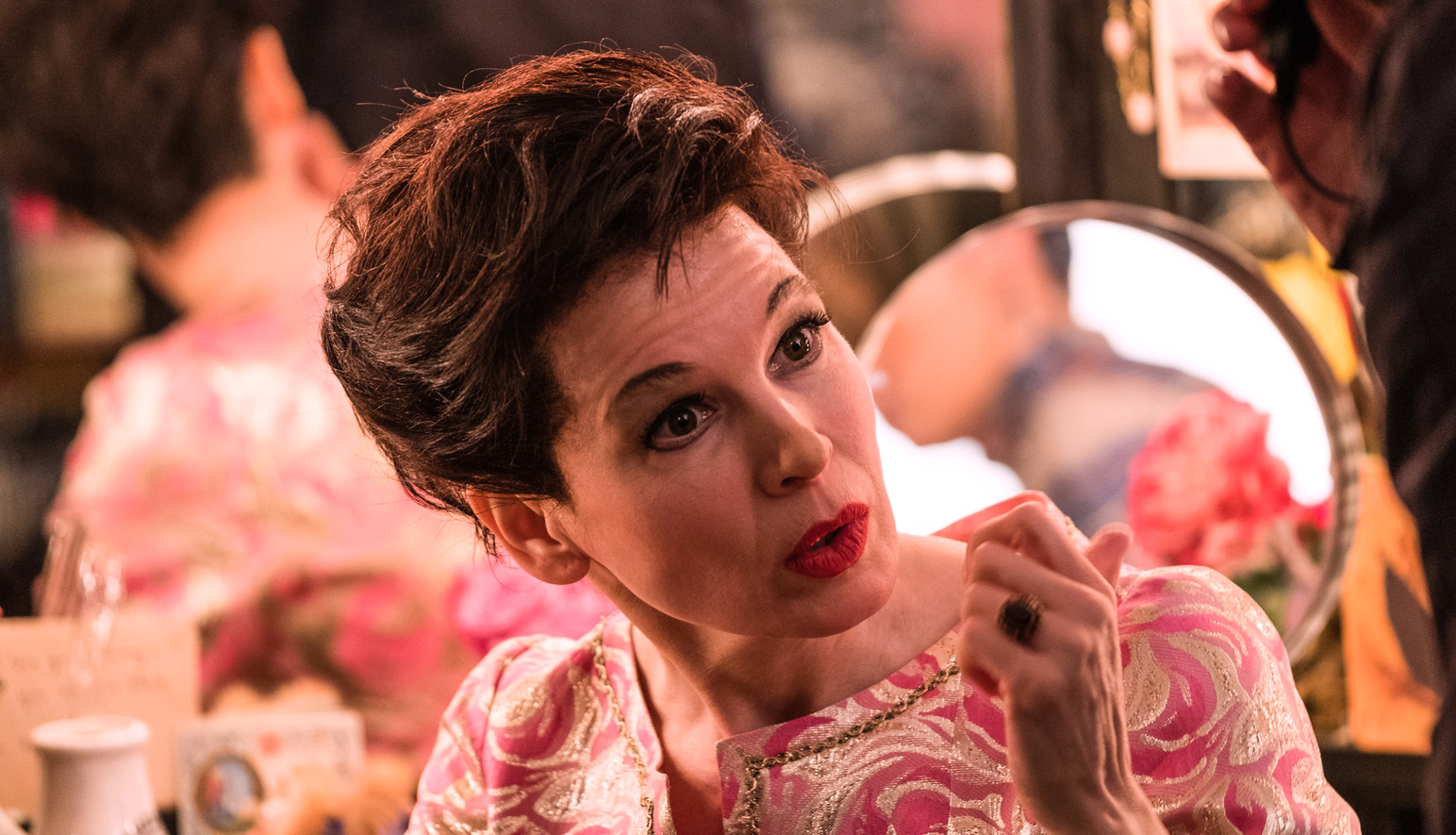 Based on the play ‘End of the Rainbow’ by Peter Quilter and directed by Rupert Goold, this moving drama tells the story of Judy Garland’s later life, and in particular her stay in London in 1968/69 when she performed a series of concerts to her still devoted fans.

The film also explores Garland’s problems and addictions; the superstar years of the 1940s and 50s are far behind her, and here we see a hugely talented performer who still needs the limelight, but also craves real human contact as well as wanting to fulfil her parental duties. We also get a sense of what she went through as a child star, through flashbacks which depict her exploitation by the studio.

Renée Zellweger, in the title role, is absolutely superb. She shows Garland as vulnerable as well as tough and determined, and we get a fully formed and nuanced depiction of a complex and tragic figure. Zellweger is well supported by a strong cast including Jessie Buckley and Michael Gambon. Judy is tough going at times, but it is hugely watchable - helped, of course, by some amazing songs.

The Guardian wrote: “...the film captivates; it grabs you by the heart and demands adoration. And in a film about Judy Garland, you would expect nothing less.”