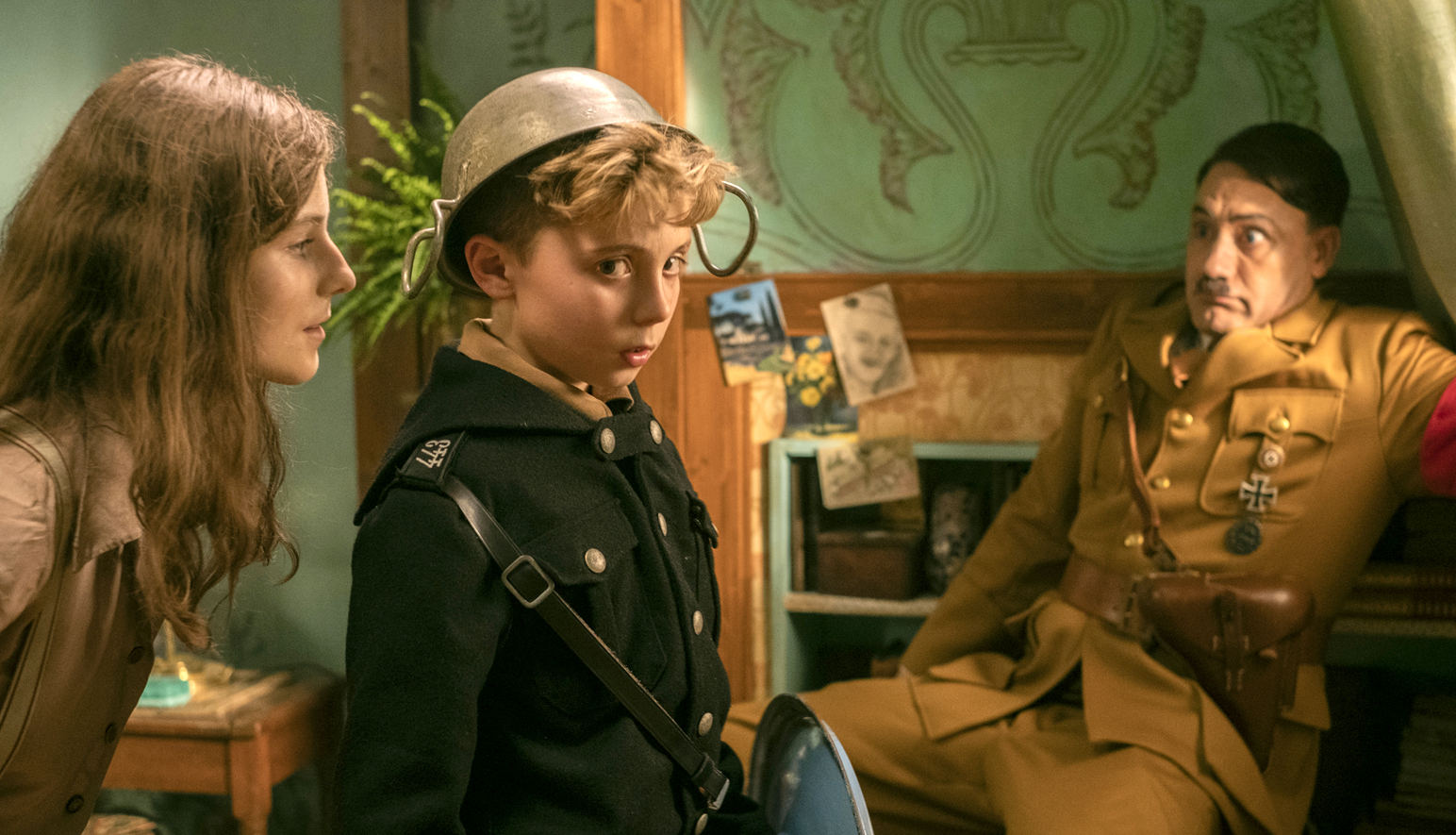 This is a film that has certainly split the critics and audiences! We wonder what the Oakwood Cinema crowd will think of it…
Jojo Rabbit tells the story of a young boy, struggling to fit in, who has an imaginary best friend. The major twist to this is that he is growing up in Nazi Germany, and his imaginary friend is Adolf Hitler. Can you make a comedy about the horrors of living in Nazi Germany? Director Taika Waititi certainly gives it a go, and he also plays Adolf. Some early scenes are certainly played for laughs and work really well. But the story takes a darker turn when Jojo finds a young Jewish girl hiding in his house. Roman Griffin Davis is great as young Jojo, and Scarlett Johansson plays his mother with great sensitivity and intelligence. Sam Rockwell, Rebel Wilson and Stephen Merchant are good value with their comic cameos.

JoJo Rabbit won a BAFTA and an Oscar for best adapted screenplay and The Independent loved it, saying “Taika Waititi’s film is tender, daring, and sharp – precisely pitched so that it keeps its path steady and its ambitions in check. It makes buffoons out of the fascists while lamenting how easily their beliefs can corrupt a nation.”
But The Guardian felt the opposite, with Peter Bradswahw giving it a one star verdict, calling it “bland and misjudged.” The question is, what will you think?