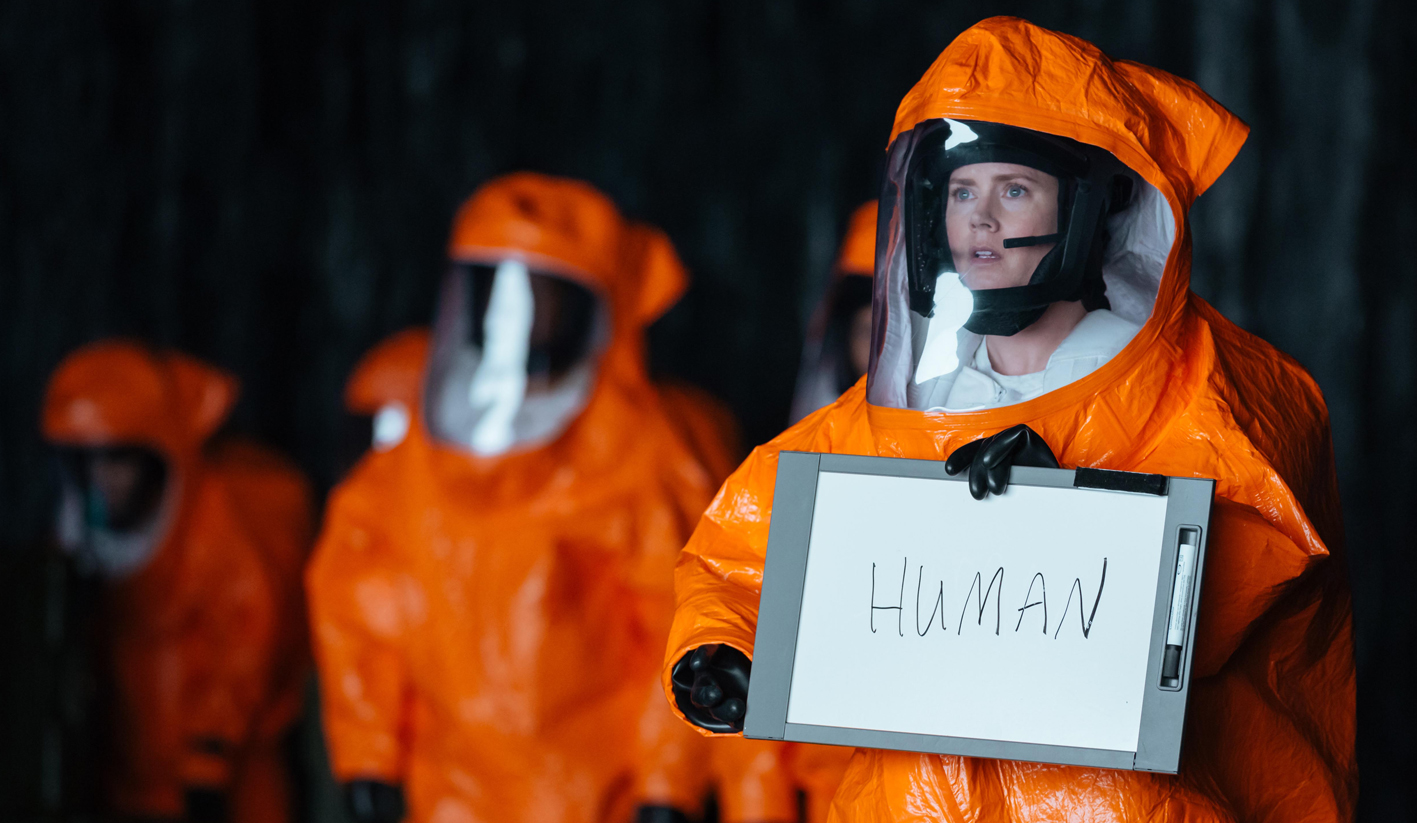 When twelve mysterious and apparently friendly spacecraft arrive at various points across the globe, there is an urgent need to communicate with them. But how is this possible when there are absolutely no reference points for either side?

Arrival is in some ways a classic ‘first contact’ sci fi film, albeit with some pretty big twists as well as intelligent and thoughtful performances from its leads – and specifically Amy Adams. She plays the linguistics professor who is asked to interpret the alien’s ‘language’, and she is ably supported by Jeremy Renner and Forest Whittaker. Released in 2016, Arrival was directed by Dennis Villeneuve who previously directed Prisoners and Sicario to great acclaim. He must have done something right with Arrival, as he was then handed one of the biggest tasks in cinema – directing the new Blade Runner sequel (currently in post-production).
The Guardian’s Peter Bradshaw made it one of his films of the year, writing “Arrival is a big, risky, showy movie that jumps up on its high-concept highwire and disdains a net. This is an exciting film, with a great performance from Amy Adams, all about the romance of other worlds, and this one.”