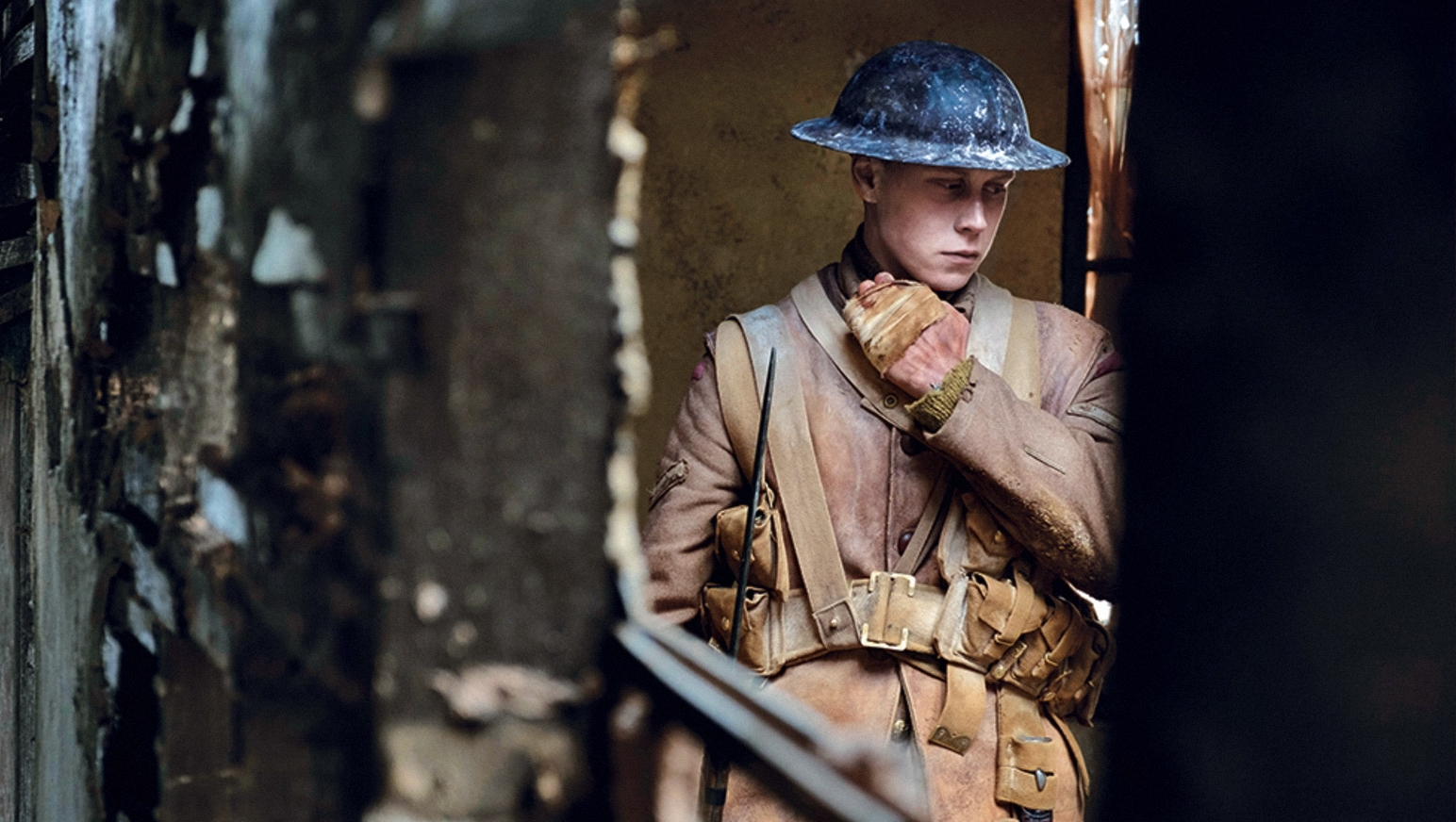 1917 is one of the most dramatic and nerve wracking films of the last few years, released to great acclaim towards the end of 2019. Directed by Sam Mendes (and supposedly based in part on the war stories his grandfather told him), it focuses on two soldiers who have to get a message to a battalion in another part of the front line to avoid them falling into a deadly trap. However, their route is full of dangers and time is limited.

There are several remarkable aspects to 1917. Firstly, it is pretty much depicted in real time which gives the action a strong sense of forward momentum as the two soldiers battle the clock. In addition, the film is (via a few tricks) shown as one continuous take - which again creates a vitality and immediacy. Finally, the world’s greatest cinematographer, Roger Deakins, offers some stunning shots and scenes, full of nightmarish visions and breathtaking suspense.

The two soldiers in question are well played by Dean-Charles Chapman and George MacKay but the film is also bolstered by a very impressive supporting cast, including Benedict Cumberbatch, Colin Firth and Mark Strong.